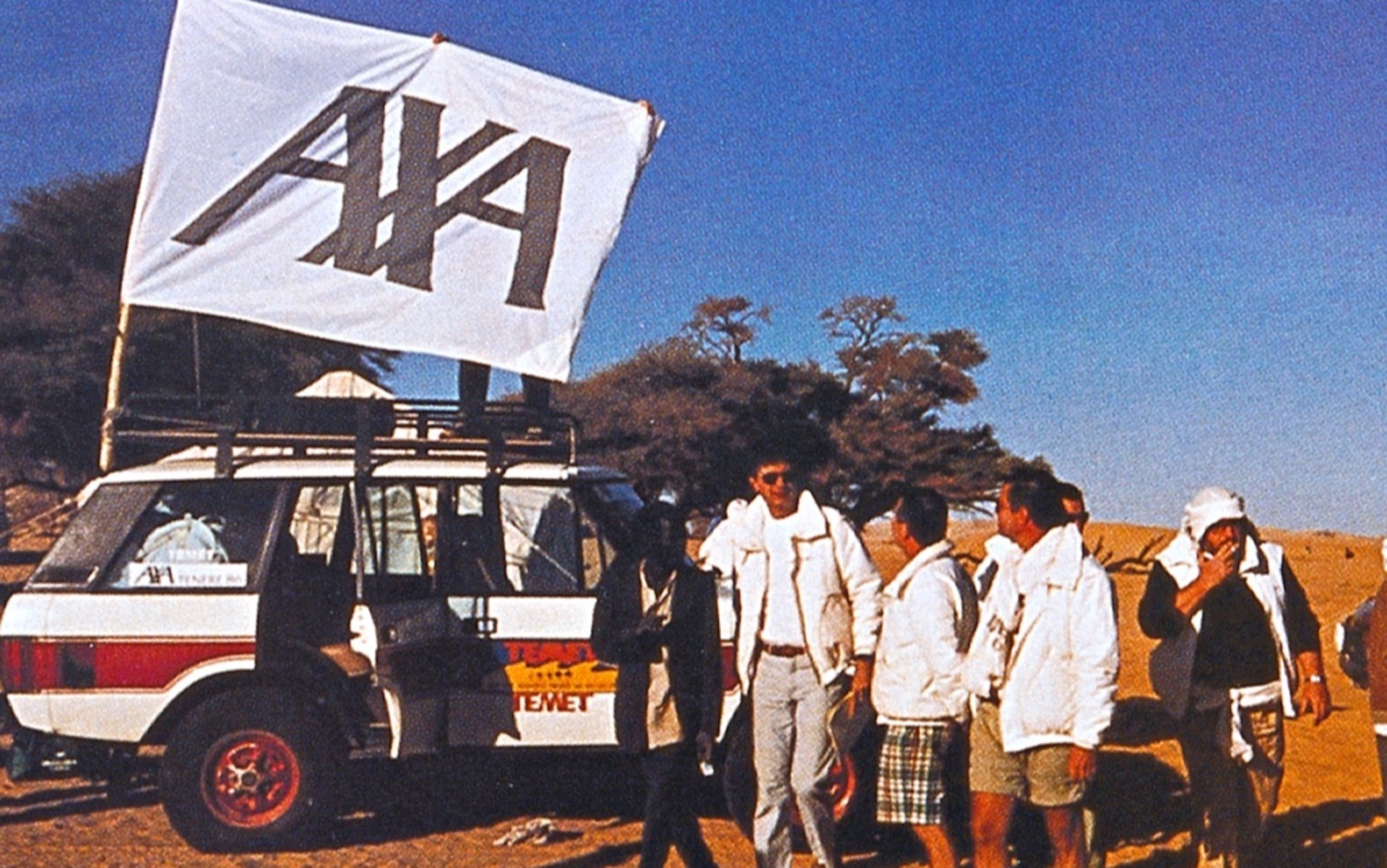 AXA’s incredible adventure was born out of the dedication of a handful of men and women, led by Claude Bébéar, whose dream was to transform a small mutual insurer from Normandy into a world leader for insurance.

AXA’s origins can be traced back to a small mutual insurer from Normandy: Ancienne Mutuelle de Rouen, created in the early 19th century and specialized in property and casualty insurance.

In the post-war period, the insurance industry is struggling. The creation of the French social security system in 1945 deprives mutual insurers of a large part of their business by providing workplace accident and illness cover for workers. However, carefully led by its manager André Sahut d’Izarn, Ancienne Mutuelle emerges from this period in quite a strong position. It even welcomes on board several small regional mutual insurers.

In this environment, a young Claude Bébéar joins the company “a bit by chance” in 1958. Sahut d’Izarn, looking for a future successor, adopts him as his protégé and trains him up on the business’ specific demands. 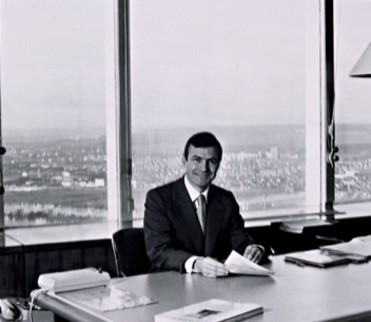 Claude Bébéar eventually takes the company’s helm in 1975. He is 40 years old, with a modern vision for insurance and already the firm belief that to be sustainable, it is essential to become international and anticipate societal changes…

The inauguration of the new headquarters in Belbeuf

22,000 m2 of extremely modern offices, with construction costs representing almost 10% of the company’s assets! A crazy project, but the stakes are high: Ancienne Mutuelle’s new headquarters in Belbeuf must make it possible to break away from the image of a “small provincial mutual” and empower its employees to dream.

In 2018, after 43 years at this historic site, AXA moves to Isneauville, a few miles away, with offices that are…extremely modern!

In France, after 25 years in opposition, a left-wing government takes power in 1981. This brings the looming possibility of major nationalization programs targeting private insurance companies.

The Drouot Group, France’s leading insurer, is afraid that it might be included in the list of the next firms identified for nationalization and discusses opportunities for an alliance with Claude Bébéar. In 1982, following several incredible developments, AXA – still known as “Mutuelles Unies” – acquires Drouot. This is followed by two further acquisitions – the Présence Group (1986) and Compagnie du Midi (1989) – which propel AXA into second place on the French insurance market, behind UAP.

However, in 1986, the saying “three’s a crowd” proves right as disputes start to flare up between Drouot, Mutuelles Unies and Présence, as each of the Group’s components looks to take center stage. To bring everyone on board for the strategy, Claude Bébéar and his chief of staff Françoise Colloc’h take all the executives off to the Ténéré Desert. This shared experience paves the way for a truly united group and support for one single name: AXA.

The early 90s are marked by three main events: the fall of the Berlin Wall, the Gulf War and a major economic recession. This challenging period also opens up opportunities for those who know how to capitalize on them.

AXA acquires the US firm Equitable. With this acquisition, AXA establishes itself as a leading international group.

The second key milestone from this decade takes place five years later. To widespread surprise, AXA “absorbs” UAP, which is twice its size. This deal creates France’s number 1 and the world’s number 2 insurer.

AXA follows this with a series of acquisitions, buying out the Japanese company Nippon Dantai and taking over Guardian Royal Exchange, enabling it to strengthen its presence in 15 countries and move into the health segment through its subsidiary PPP Healthcare. The Group continues to invest in health then in research in order to take action for collective progress by protecting what is most essential for people: their health.

In 1999, eight years after being created, Direct Assurance opens its Internet site. The Group’s digitalization is underway.

At the dawn of the new millennium, AXA becomes a global leader. More than ever, its success is built around a shared culture.

“This condition is essential for developing a shared economic adventure”

2001 is marked by the bursting of the dot-com bubble and the tragic September 11 terrorist attacks. A perfect storm…

As soon as he takes office, Henri de Castries chooses to sell off the US investment bank Donaldson, Lufkin & Jenrette (DLJ) and target operational excellence for the Group’s core business areas (insurance and asset management).

The Group organizes itself to weather this storm: rolling out a plan to reduce spending, turning around its technical results and further strengthening its risk management, with the creation of Group Risk Management which objective is to analyze the Group’s risk exposure and appetite with a more in-depth approach and to prepare for future new regulations (Solvency 2).

In 2006, the economic environment is positive again. AXA returns to profitable growth, acquires the Swiss firm Winterthur and starts investing in emerging markets.

When the subprime financial crisis breaks out in summer 2007, AXA has learned the lessons from 2001. Thanks to its efficient internal risk management system (GRM), the Group is affected, but shows its resilience, without public bailouts.

In this volatile environment, AXA remains convinced of the importance of its long-term commitments to its customers and society in general. In line with this spirit, AXA launches the AXA Research Fund to improve the understanding and prevention of major risks around the world. The AXA Research Fund further enhances the wide range of initiatives in place across the Group, which is committed to taking action on what counts for communities. Created out of the belief that science has a key role to play in meeting society’s major challenges, AXA sets out its commitment to help drive collective progress by supporting research projects focused on health, the environment, new technologies and socioeconomics.

Faced with a constantly changing world, AXA understands that it needs to adapt. The Group launches Ambition AXA, its new strategy and “transformation” plan.

The priority now is to no longer be present everywhere geographically, but to be where the business has added value, closely aligned with its customers’ needs.

AXA begins to focus on the health, protection and commercial P&C segments, before Thomas Buberl, who has been heading up the Group since 2016, clearly identifies them as the Group’s new strategic priorities. 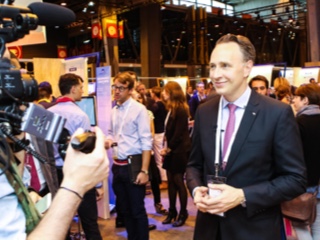 In these segments in particular, AXA will be able to innovate and offer new services for its customers. An innovation department is also set up to support the Group’s new Payer to Partner vision.

In 2018, with the acquisition of the XL Group, a commercial P&C insurance specialist, and the floating of AXA Equitable Holdings, the American life insurance and asset management subsidiary, on the US stock market, the Group’s whole profile is being transformed.

In 2019, AXA continues to grow in its priority segments and ramps up its commitments to fighting global warming. The Group launches a new climate strategy with a wide range of commitments, including measures ensuring alignment with the Paris Agreement, a strengthening of its coal policy, and the launch of Transition Bonds to facilitate decarbonization.

Less financial risk, more insurance risk – at the dawn of a new golden age for insurance, this is the start of a new adventure for AXA in an increasingly volatile environment, with unprecedented climate and health risks, which AXA fully intends to take action on in order to protect what counts most for its customers. 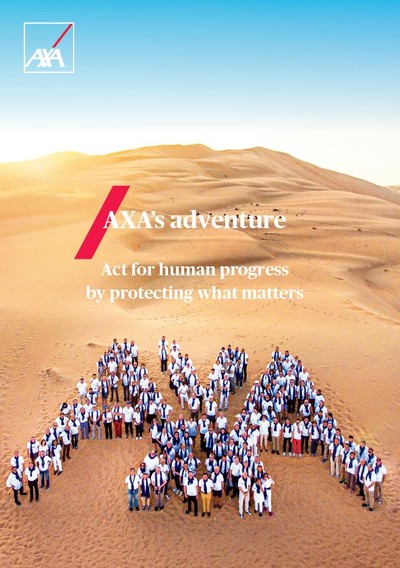 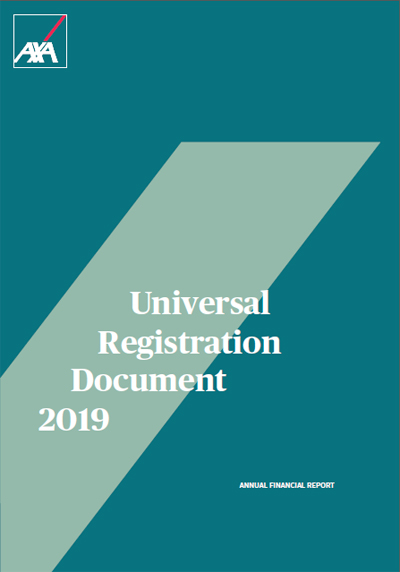 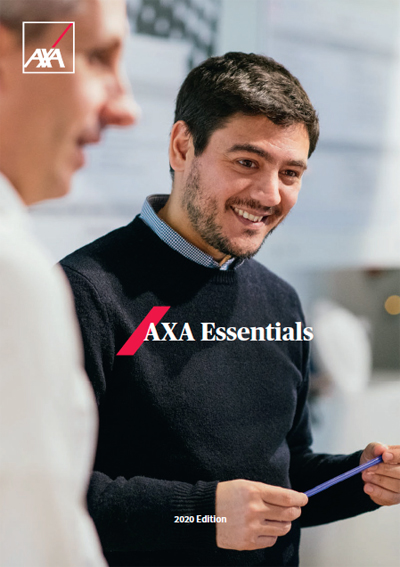 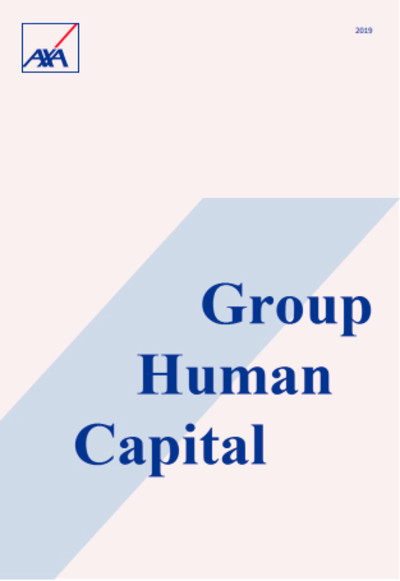