AXA is awarded the EDGE Certification

AXA today announced that it is awarded the Economic Dividends for Gender Equality (EDGE) certification, for its global headquarters (GIE AXA Paris), its principal business in France (AXA France) and within the 16 countries of a key worldwide centre of excellence (AXA Technology Services). This certification recognizes AXA’s global commitments and actions in achieving and sustaining gender diversity and equality in the workplace.

The EDGE Certification is the premier standard and methodology for evaluating a corporate commitment to gender equality. AXA, the global insurance company, joins an exclusive group of companies certified by EDGE on gender equality in the workplace and becomes the first France-based global financial services player to be awarded the certificate.

AXA employs over 166,000 people in 64 countries. The Group has set meaningful goals to bolster the recruitment and development of diverse talent. At the end of 2015, women made up over 53% of the global workforce of AXA and held 42% of all management positions. AXA’s CEO and management team are fully committed to increase the percentage of women in senior leadership roles: from 9% in 2009, it reached 25% this year, with an objective of 33% by end 2020. This objective is not a final one but a milestone on a path that will lead the Group much further in the years to come.

Denis Duverne
Chairman of the Board of Directors of AXA

We are very pleased to be awarded the EDGE Certification which recognizes our efforts in terms of gender equality. We want to become the employer of choice for women in the insurance and asset management sectors and the EDGE certificate is a major milestone to reach that objective. We take it as a reward for the work that has been done over the years, but also as an encouragement to go ever further towards gender equality through the objectives we have set to ourselves. 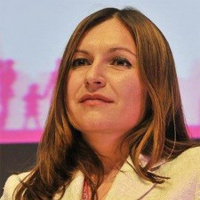 In becoming EDGE Certified, AXA strongly reaffirms its long-term commitment to turn the intelligence and creativity which comes with the gender-balanced workforce into a sustainable business success. The EDGE gender equality certification is a natural application of the group’s overall business strategy centered around innovation, staying ahead of the curve and responsible leadership.

The EDGE methodology is an independent, third-party assessment, distinguished by its rigor and business impact. The methodology uses a business, rather than theoretical approach that incorporates benchmarking, metrics and accountability into the process. It assesses policies, practice and numbers across five different areas of analysis: equal pay for equivalent work, recruitment and promotion, leadership development training and mentoring, flexible working and company culture.