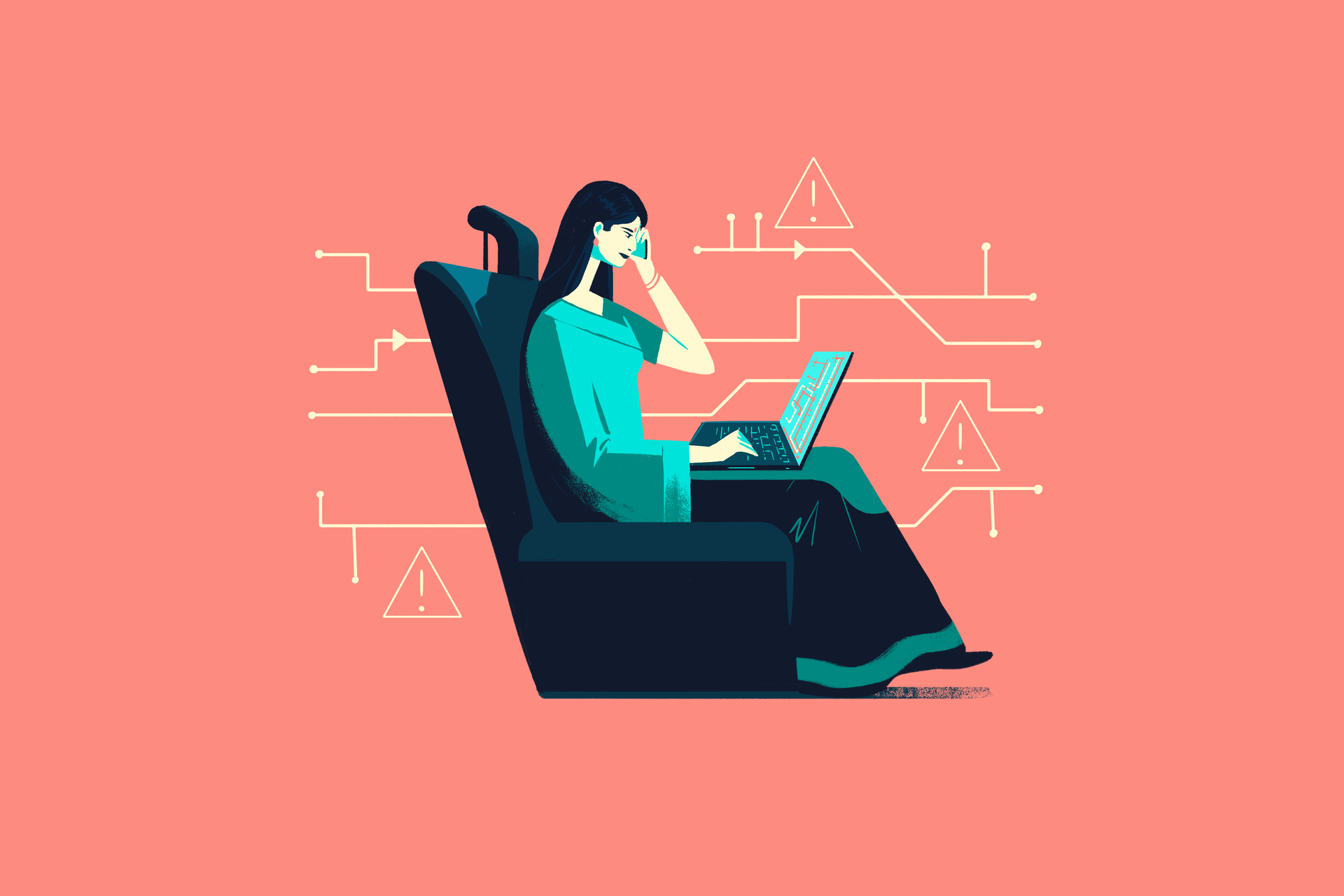 Preparing against the risks of tomorrow requires us to use a bit of imagination. In this series, we present three experts with an imaginary crisis that could happen in five to ten years. How can we avoid it? How can we prepare for it? The answers are in the Emerging Risks Room. ALL ARTICLES  |  Commitment

Dubai, February 27, 2022. 4:42 am. A ring tone shrilled. Still half asleep, Anuva fumbled for her cell phone on the bedside table. Who could be calling at this ungodly hour? As soon as she saw the name on the screen – the CEO of the data management company where she worked – she knew something serious was going on.

“Anuva, sorry to have to wake you. We need you at the office. Now. There’s a driver waiting for you outside. I’ll explain when you get here.” 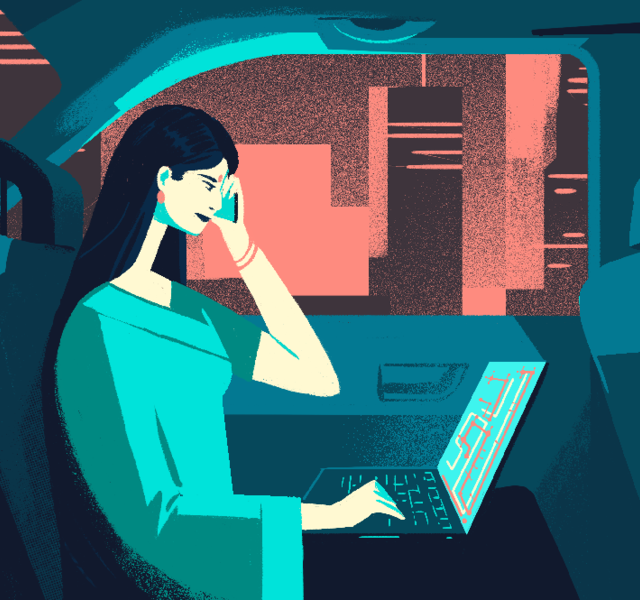 The sedan speeded out of the residential neighborhood where Anuva lived and headed toward the city center. A few minutes later, the car pulled up at the office building’s main entrance. Khalid was waiting and beckoned to her. His face was drawn.

“We have a serious problem. We got a call from a local hospital in District B. Six of their patients are... in a complicated state. And they’re getting worse by the hour. High levels of chemicals have been detected in their blood – abnormally high. The hospital is running more tests, but they think it might come from the drinking water.”

The water… Eight years ago, fresh out of one of India’s most prestigious engineering schools, Anuva had left Delhi to come work in Dubai. Her first mission was to help manage the data of several smart cities in the region, including data from water treatment plants, which were her specialty. In this climate, where maximum temperatures often exceeded 50°C and there were virtually no natural resources, water was not an issue to be taken lightly. Smart management was not a choice: it was an obligation.

Within a few years, Anuva had completed big data projects for several smart cities. She had helped to set up all the technical architecture required for a smart city to function, such as installing and programming connected sensors to monitor air quality, water quality and road traffic, implementing automated data analysis using machine learning algorithms and prioritizing and managing analytics and alerts. All without a single glitch… until today?

Khalid's voice jolted her from her thoughts:

“I think it must be those two cargo ships that collided nearby during last week's storm. The one that washed up had been carrying heavy metals, chemicals and who knows what other pollutants. Do you remember?”

Of course Anuva remembered. She had stayed up all night in the office with Khalid and the rest of the team, eyes glued to the data popping up on their computer screens for the slightest suspicious detail that could have been a warning. Anuva was the one to wake up the manager of the meteorological center to get the wind direction and speed for the next few hours, to ensure that toxic fumes would not spread to the residential areas.

“But... I don't understand, I updated the data for the cargo ship in the database. The algorithms should have detected in an anomaly.”

“We need to find the source of the malfunction. But what do you recommend in the meantime?”

Anuva clicked away on her computer, rapidly scrolling through displays of graphs, diagrams and lists of numbers.

“Are you listening to me, Anuva?”

“Nothing, absolutely nothing! Not a single error message.”

“I don’t think we have a choice: we need to carry out an on-site inspection of the district’s water management system. If the water is contaminated, we need to find out exactly what the problem is and why it's not on our radar. We need to get the Chemical team to carry out tests on-site and get in touch with the hospital. If lives are at stake, we have no other option.”

Khalid took it all in. Anuva had just confirmed his worst fears. He walked off as he searched for a number in his phone. His thoughts were already miles away. How was he going to break the news to the president of the Regional Water Union, the only person with the authority to shut off the water supply to District B?

Within days, hospitals are hit with an inflow of patients, especially children.

Extensive analyses and treatments need to be carried out on the entire network, rendering it inoperative for several days or even weeks.

A shortage of drinking water in the district served by the water treatment plant sends people rushing to stores, as the price of water rises.

People lose trust in the smart water network and, more generally, in the management of smart cities.

<Why this can happen>

Our future is urban: by 2030, two thirds of the world's population will live in cities. In 1960, this was true for only 33.6% of the world’s population, according to the UN. Urban populations will therefore have practically doubled in 70 years.

66 %
The estimated percentage of the world's population that will be living in urban areas in 2030
33.6 %
The percentage of urban dwellers in the world in 1960

Meanwhile, natural resources are being replenished at a much slower rate. Renewable internal freshwater resources per capita, for example, are shrinking drastically, falling from 13,400 cubic meters in 1962 to less than 6,000 in 2014. In some countries like Qatar, this figure has dropped from 997 to just 26 cubic meters per capital over the same period. More efficient management, alternatives such as water desalination or wastewater recycling, and furthering research in areas such as nanotechnologies are therefore essential.

Technological innovations related to smart cities are also multiplying, especially in the Internet of Things. Connected sensors, automated big data analysis, etc. are all innovations that can contribute to an optimal use of resources, including water management.

As these management models develop, new risks and threats are emerging or occurring. For example, the threat of a massive hack in which data is captured or altered. Even worse: the risk of someone taking control of the water management system. This scenario is being examined very seriously by the US Department of Homeland Security.

In Australia in the year 2000, an individual caused 800,000 liters of wastewater to pour into local parks, residential areas and rivers in Queensland using radio and computer commands sent to the city’s water treatment facilities. The consequences were disastrous for the marine flora and fauna. The perpetrator had inside information: he had installed the system himself as an employee of the company hired by the city. Source: The Register

Scenarios involving a chain of computer bugs or faulty programming of software or sensors are also being explored by the experts.