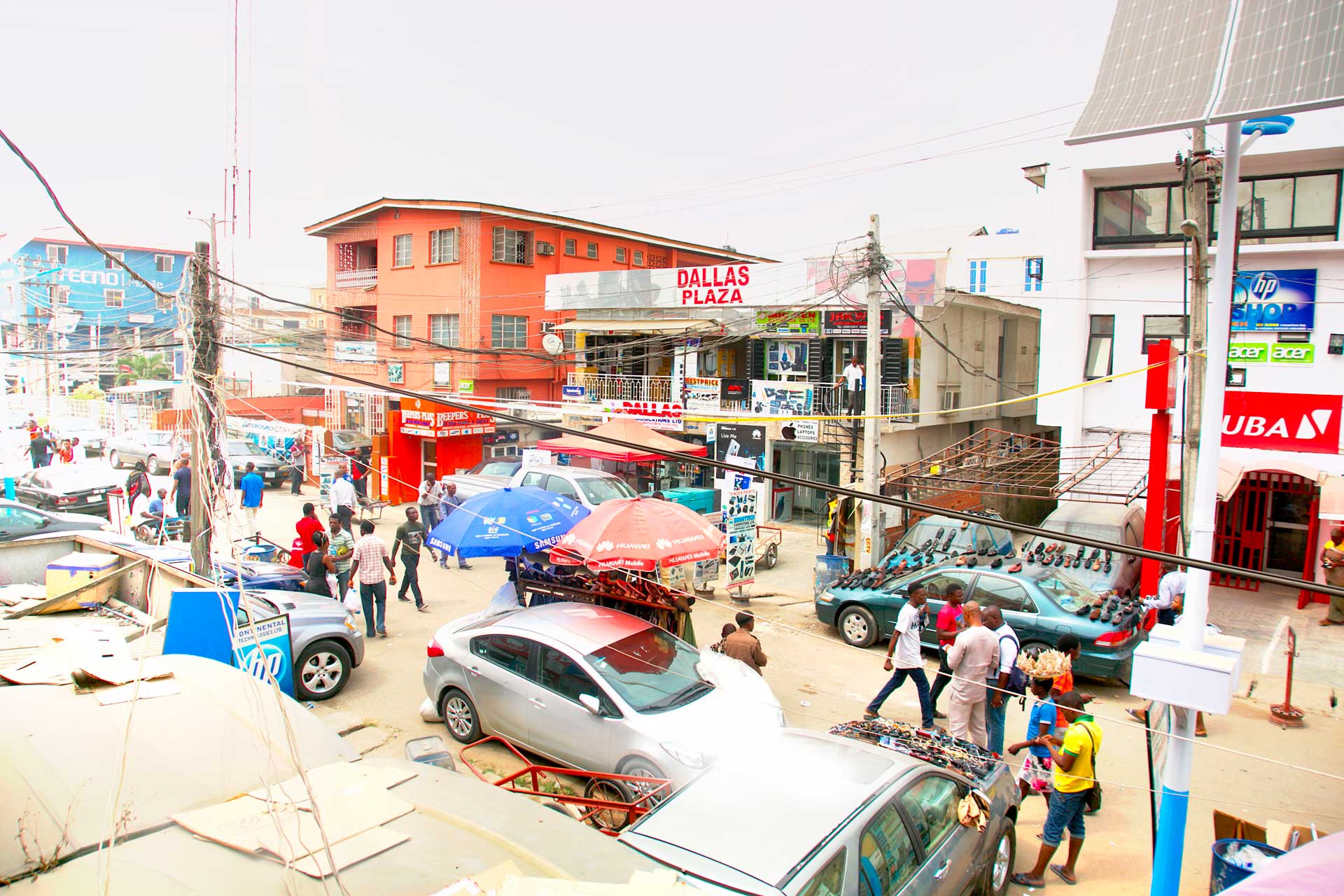 Nigeria is a country of promising opportunities and immense challenges. Africa’s largest economy also faces some of its worst health conditions, including rising urban and lifestyle diseases in addition to historically high rates of malaria and infectious diseases as well as fake medication. This is compounded by quality and affordability issues forcing many Nigerians to self-medicate or seek healthcare abroad. As the country’s population surges, AXA Mansard is innovating to expand access to healthcare delivery in Nigeria through insurance while seizing on new opportunities to address the huge out-of-pocket market. Caring for Life

Everyone in Nigeria knows someone who has dealt with the consequences of fake or substandard medication. For Vivian Nwakah, it was witnessing a friend die from taking a fake malaria pill that motivated her to found Medsaf, a company devoted to procuring safe and quality medications for Nigerian hospitals and pharmacies.

Nigeria has certain fundamental challenges including poor education, high energy costs, lack of infrastructure and inadequate access to equipment and medications that is trickling down into its healthcare system. According to the World Bank, population is growing rapidly (+2.6%  in 2017), especially in urban areas (+6.2% annually), as Lagos is projected to become the world’s most populous city by the turn of the next century. However, the country also posts some of the poorest health indicators in Africa, including some of the lowest doctor to patient ratio, and high rates of malaria and infectious diseases. In addition, population growth has fueled additional health problems related to road accidents and increasing social conflicts.

Making the situation more complex, access to healthcare remains fraught with difficulty as the bulk of the population often cannot afford professional medical care, those who can frequently travel abroad (Europe, India, Middle East) for complex procedures, including maternity care, due to a lack of high-quality treatment options at home. The high cost of medication can also limit access to care. For example, following a surgery, Vivian Nwakah of Medsaf was prescribed a medication that costs $10 in the United States, compared to $2,000 for the same medication in Nigeria.

“When health issues arise, 71% of Nigerians will turn to self-treatment options before consulting a professional, especially as health insurance rates lag across the country, due in part to historical but widespread dissatisfaction with private insurance plans. When they do seek treatment, many must deplete their savings, depend on money sent by family members living abroad or raise funds from local family and community members in order to cover the cost of their care” says Tope Adeniyi, CEO AXA Mansard Health.

+2,6%
annual population growth in Nigeria
and up to +6.2% annual growth in urban areas
1st
Number 1 cause of childhood illness and death
is malaria
1in 10
medicines sold in Africa
is fake

Creating a reliable market for medicine

Nigeria imports roughly 70% of its medications, which raises costs and creates problems in the supply chain. This situation has led to a scourge of fake and expired medicines, sold at unofficial pharmacies known as “chemist shops”. While the WHO estimates that 1 in 10 medicines sold in Africa is fake, the problem is particular rife in Nigeria, where hospitals and pharmacies must often purchase medications in the unsafe conditions of open-air drug markets.

Fortunately, new technology and business models can deliver solutions to this problem. AXA Mansard recently extended its support to Medsaf, a startup working to make the process of buying and selling medication in Nigeria’s complex health system easy and efficient. By sourcing medications directly from leading manufacturers and carrying out a robust quality control process, Medsaf procures, packages and delivers high quality, fairly priced medications directly to hospitals, pharmacies and clinics across the country.

In this way, Medsaf can supply up to 70% of the need of the average hospital or pharmacy, selling over 2,000 unique medications monthly. “As a result, more hospitals and pharmacies now have access to safe generic medications that meet all quality standards, thus reducing their reliance on pricey name-brand medicines”, tells Vivian Nwakah, founder of Medsaf.

In addition, Medsaf provides the tools they need to make smart decisions about purchasing medications, including inventory management, tracking and tracing medications and access to financing. With the support of AXA Mansard, Medsaf developed a strategy to serve as the purchasing organization for a group of hospitals and pharmacies, negotiating lower prices and faster delivery for these institutions. Currently working with 10 hospitals in Lagos, Medsaf plans to expand this unique collaborative initiative to more hospitals across Nigeria.

With this award, Vivian has won the opportunity to connect with the members of the Jury, composed of eight leading players in the world of venture capital investing. She has also been awarded a speaker role at the 2020 Women's Forum Global Meeting in Paris, a two-day pass for the Women’s Forum Asia, as well as a free booth for the next edition of VivaTech, happening in 2020 in Paris. 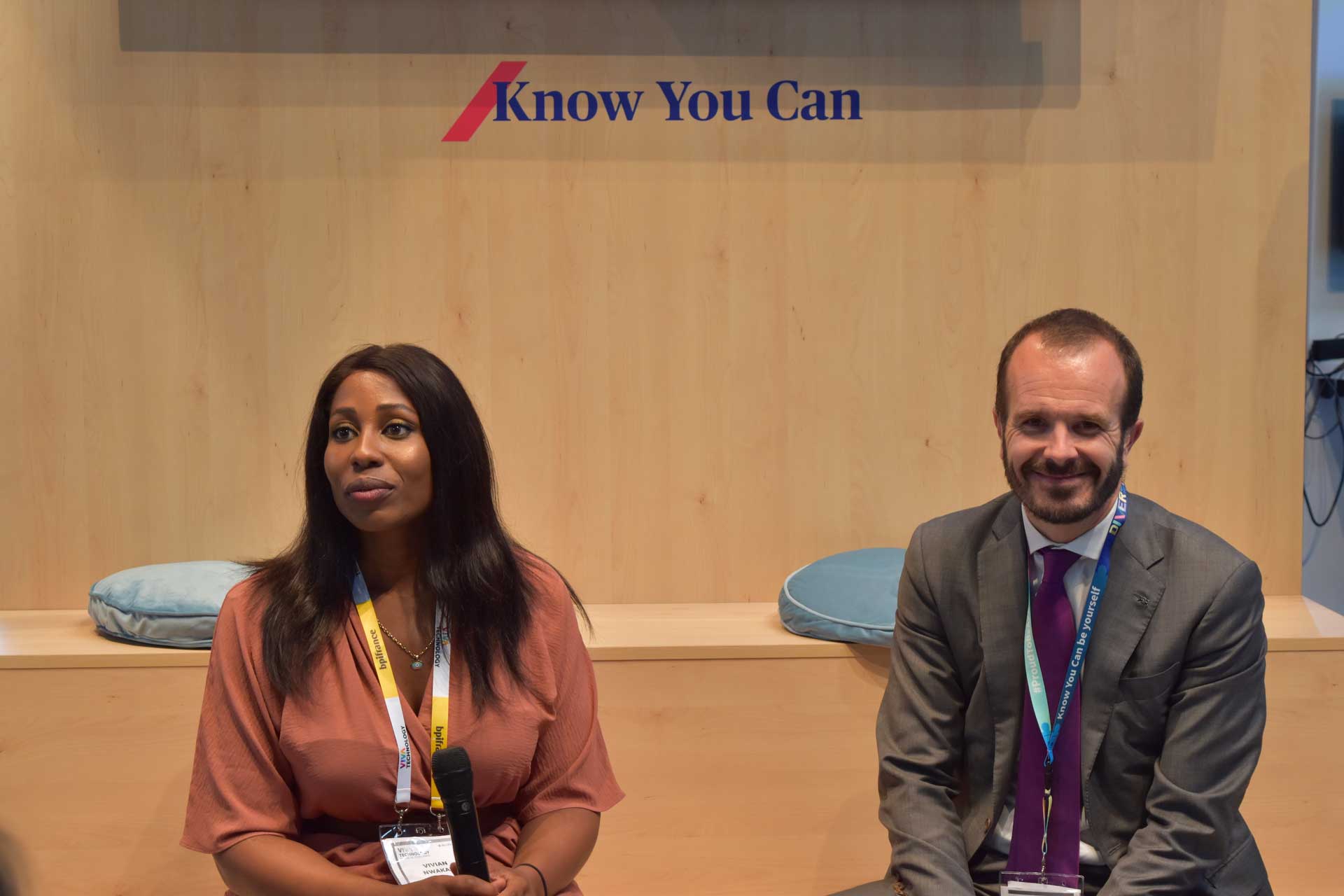 Active in the country since acquiring Mansard in 2014, AXA estimates that it has claimed a market share of 11% in the Health Insurance market in Nigeria from barely 2% in 2014. And it aims to strengthen this position in coming years, particularly since Nigeria is Africa’s most populous country, its largest economy and the third largest insurance market.

To unlock growth despite the country’s limitations, AXA Mansard is notably taking an alternative route similar to what AXA is pioneering in other emerging and countries. “In emerging countries, patients want services including transportation to the doctor. There is a strong demand for support with the care journey. For us, this is an excellent chance to update our insurance model by doing more than simply reimbursing charges”, analyzes Benoît Claveranne, AXA CEO International and New Markets.

When we educate clients, they quickly understand how health insurance adds value to them and their business. “The growth of Retail business at AXA Mansard is being accelerated by leading our conversation with health solutions. As clients embrace health insurance enjoy the benefits, it becomes easier to for them to consider other protection and life solutions from us”, proffers Rashidat Adebisi, AXA Mansard Retail Director.

AXA Mansard and Emerging Customers are also leading efforts to combat the country’s most widespread communicable disease: malaria. Indeed, Nigeria bears the worst consequences of this deadly illness, accounting for a quarter of all cases and nearly one in five (19%) of all malaria deaths worldwide in 2018. To help fight its spread, AXA Mansard proposes a simple package covering preventive and curative benefits, as well as follow-up for malaria fever, available in pharmacies.

Bundled with partner services, the package comprises rapid diagnostic testing and medications to treat and cure verified cases of malaria, as well as an incentive program to encourage positive behaviors for avoiding the spread of malaria. After receiving positive feedback for a trial run on World Malaria Day, the program is set to launch in September 2019.

Reaching customers where they are, via SMS

Although insurance rates have remained low in the country, AXA sees an opportunity for growth in emerging markets like Nigeria. “For every 100 euros of routine medical spending, patients must cover an average of 35 euros, compared with 12 euros in mature countries”, analyzes Benoît Claveranne. AXA is intent on seizing this opportunity in especially in Nigeria. A key part of its efforts will involve deepening awareness and appreciation of  insurance products and eliminating obstacles to coverage.

For example, high internet costs coupled with high mobile phone penetration means that majority of the population have mobile phones, but not necessarily Internet access. In addition, web coverage remains incomplete across the territory. To bridge this gap, AXA Mansard developed and rolled out a unique initiative designed to reach potential customers wherever they are, even when they are offline.

To reach these customers, AXA Mansard created and is currently piloting a USSD channel *987#. By sending a text message to this number, customers can easily purchase insurance, investments and health products, check account balances, liquidate investments, pay bills and do a lot more on their mobile phones with or without Internet access. In this way, AXA Mansard can improve the appeal of its services by making life easier for its customers. It has huge potentials to change Insurance penetration and perception.

Despite its major challenges, AXA Mansard aims to strengthen its position in the Nigerian market. As explained by Benoit Claveranne, “We believe in the fundamentals of the Nigerian market because it has long-term business potential when you look at the fundamentals of the Nigerian economy, like a large population, strong GDP, growth in the middle class that requires more and more protection. Hence, if you want to be relevant in Africa, you need to have a presence in the largest country on the continent.”

By seizing on these opportunities, AXA Mansard is doing its part to prepare for a brighter future in Nigeria. Though initiatives like preventive health screenings, the Malaria campaign and its support for Medsaf, AXA Mansard is working hard to improve health conditions and access to care for all Nigerians. 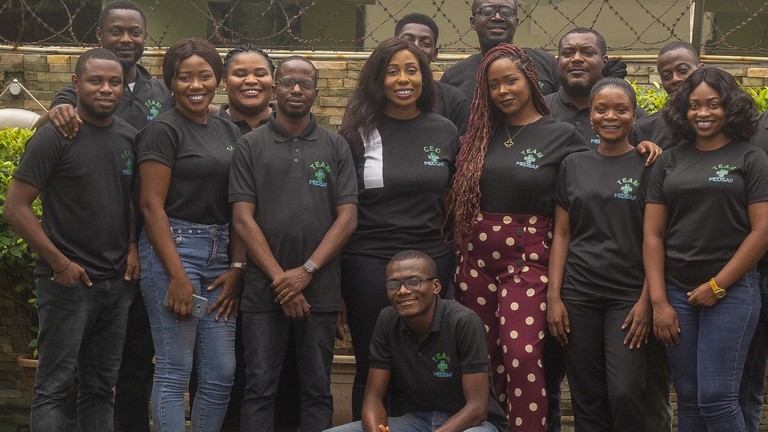 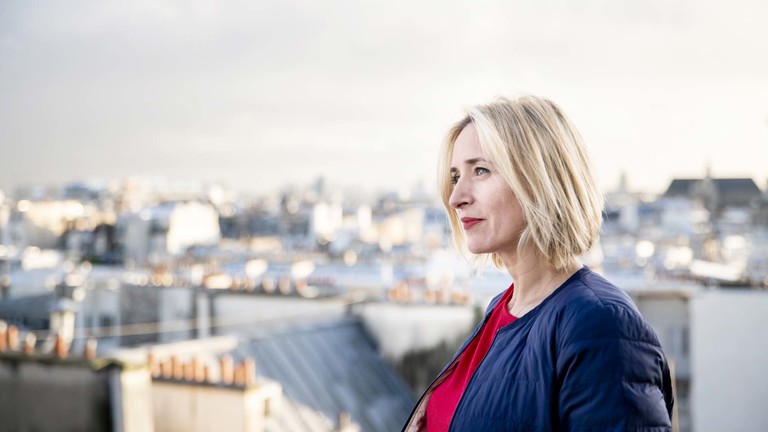