Spotlight on the Environment for AXA's Corporate Responsibility Week

With more than 55,000 employees taking part in this fifth event, Corporate Responsibility Week once again highlighted the internal commitment to risk education and protection. Here, we look back over some of the actions carried out in the 44 countries involved. ALL ARTICLES  |  Commitment

With more than 55,000 employees taking part in this fifth event, Corporate Responsibility Week once again highlighted the internal commitment to risk education and protection. Here, we look back over some of the actions carried out in the 44 countries involved. 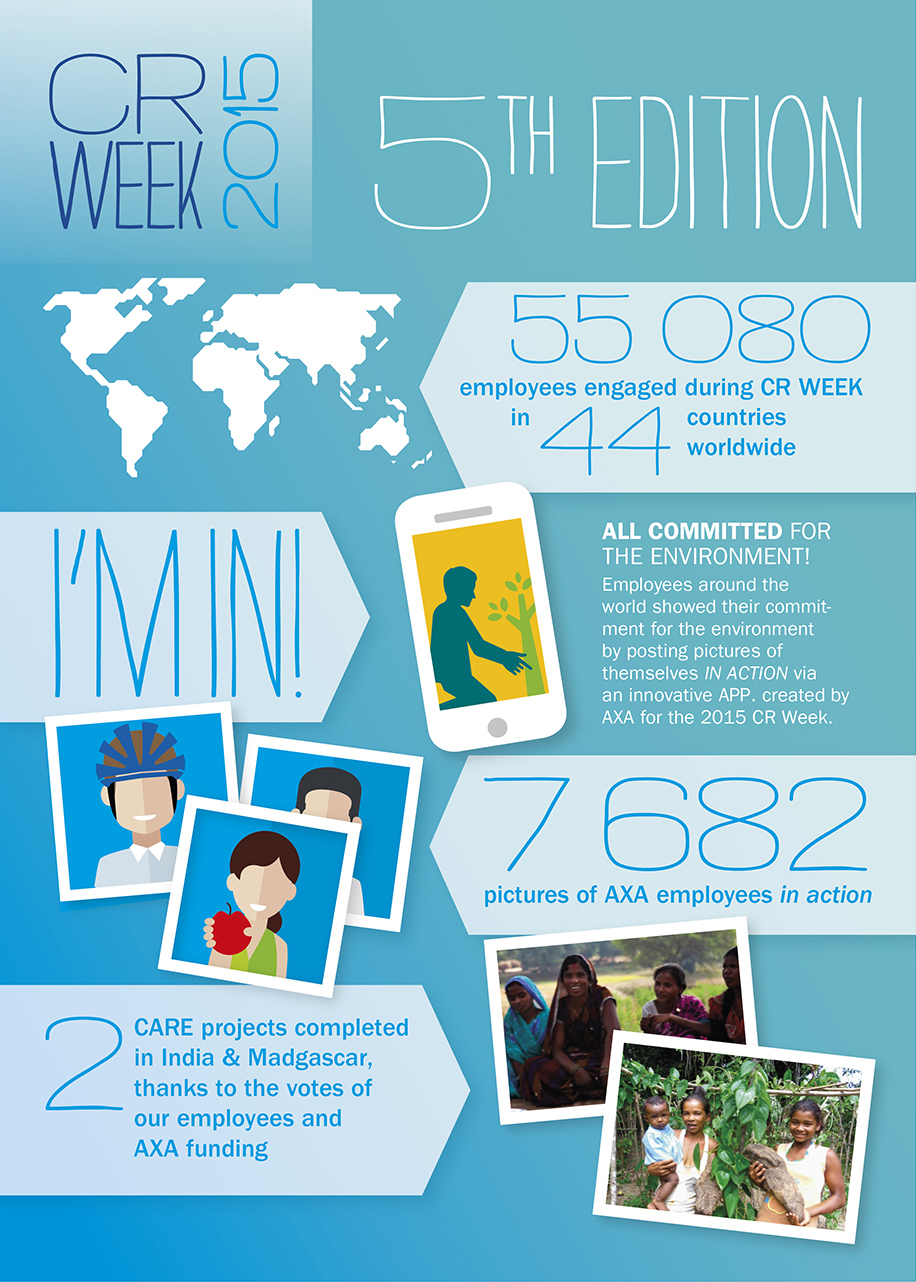 With the focus on climate risks, employees supported a range of environmental initiatives in particular. Four of these actions are already presented for you on our AXA People Protectors page: a conference on climate risks in France, a beach clean-up in Morocco, an operation to plant mangroves and coral in Indonesia, and a drive to reduce paper consumption, converting this into meals donated, in Brazil. More stories will follow. 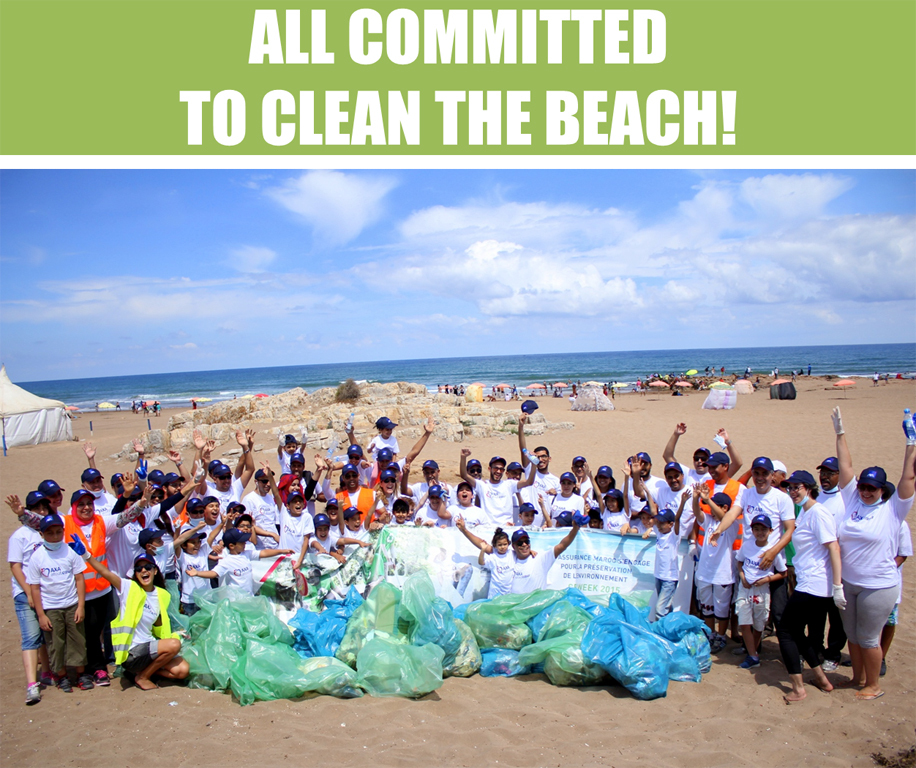 Did you know that 90% of the waste found on the surface of seas and oceans are made of plastic? Last June, forty AXA employees and some of their children took turns to clean a beach in Casablanca, Morocco. Awareness workshops were also held by the local association Bahri focused on the environment and recycling through the manufacture of objects using what has been collected.

By 2020, Indonesia aims to protect nearly twenty hectares of marine life lining its shores. To help the country achieve its goal, 45 AXA employees took the initiative last June to plant 100 mangroves and 43 artificial coral reefs that can absorb CO2 and improve seawater quality. They also enabled twenty sea turtles to return to their natural habitat.

Did you know that, based on various figures, cities are responsible for between 40 to 80% of global emissions of greenhouse gases? They are also very vulnerable to impacts of climate change. Magali Dreyfus, a researcher supported by the AXA Research Fund, is interested in what is being done legally by cities to face the consequences. In particular, she studied four major cities, i.e. Tokyo, Paris, Phnom Penh, and Delhi. She intervened with some of AXA's employees during the Corporate Responsibility week held in June to share with them her work.

Did you know that the average annual paper consumption worldwide is 48 kg per person? Sensitized to this, AXA Hearts in Action in Brazil committed to give a kilo of food for every percentage of paper saved during a week. As a result, AXA employees were able to reduce their consumption by 40% and to donate forty kg of food to an association in São Paulo that helps the homeless.

For this Corporate Responsibility Week, employees were set a global challenge: taking photos of themselves taking action to protect the environment and posting them on a dedicated platform (accessible via AXA People Protectors, website or mobile app). When they posted a photo online, this entitled them to vote for one of the projects led by CARE. This challenge enabled AXA to donate 100,000 euros to the NGO to complete the funding for two programs: one in India - which received the most votes - and another in Madagascar.